What is Gaming With Werewolves?

Gaming With Werewolves is a video-game channel on PeerTube (which are still rather uncommon, surprisingly) with a focus on Linux and FOSS games.

Here's what you need to know about FediLab: 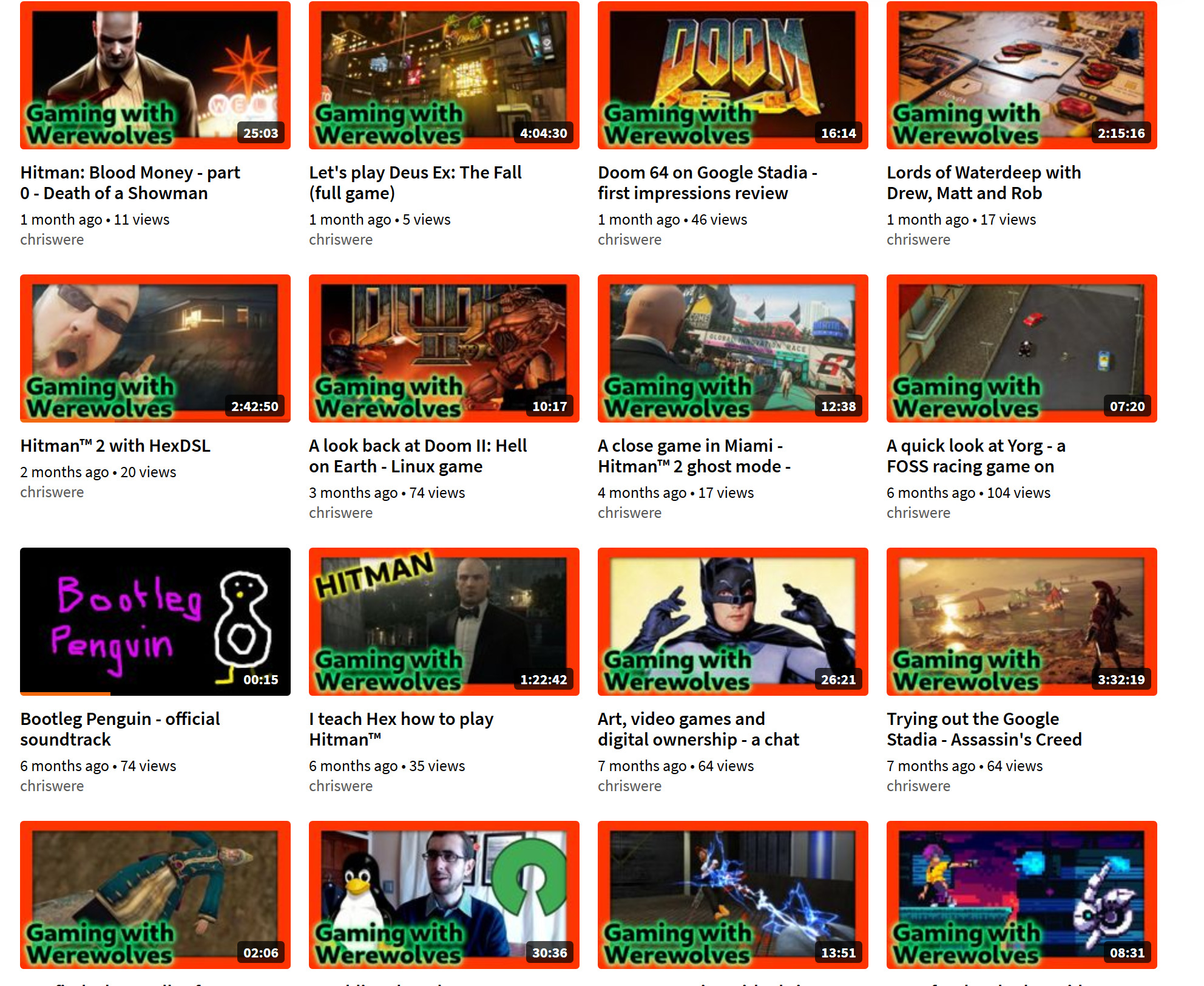 1. What keeps you coming back and uploading content to this channel?

For me, PeerTube has an underground quality which I'm very attracted to. Somewhere on the internet which is a little off the beaten track and outside the mainstream, but a wonderful place for those willing to seek it out. It's nice to find a platform that is still small enough to have a sense of genuine community, where you can build friendships, recognise people and get lost in its quirks.

2. What are some of your favorite FOSS games?

Minetest is definitely the one I spend the most time on. I enjoy building in creative mode and building all kinds of interesting buildings. The RTS game, Widelands is another gem I regularly enjoy. I really enjoyed strategy games from the late nineties and Widelands is great at scratching that particular itch. OpenTTD is another classic I can spend days of my life on. Other honourable mentions include OpenArena, Red Eclipse, Hedgewars and SuperTuxKart.

3. As a creator, what advantages do you get from PeerTube as a platform?

There are countless better coders and developers that me in the FOSS world. For me, making content for PeerTube is my way of contributing to a software ecosystem which fits my strengths.

4. Do you use your own app to browse the Fediverse? If so, how does it feel when you're using it?

I find that viewers and commenters have deeper and more thoughtful insights than on other platforms. That's not to say those people don't exist on other networks, but they often get drowned out by the general noise.

5. What is Bootleg Penguin? (Bonus Question)

An avant-garde, one-off, never-to-return podcast which explores the deeper, more thoughtful side to gaming on Linux.

ChrisWere can also be found on Mastodon and has a homepage which acts as a hub for all of his accounts. Donations are handled through cryptocurrency addresses which are listed on his homepage.