Whenever people are faced with this graph there are several excuses made for the results. 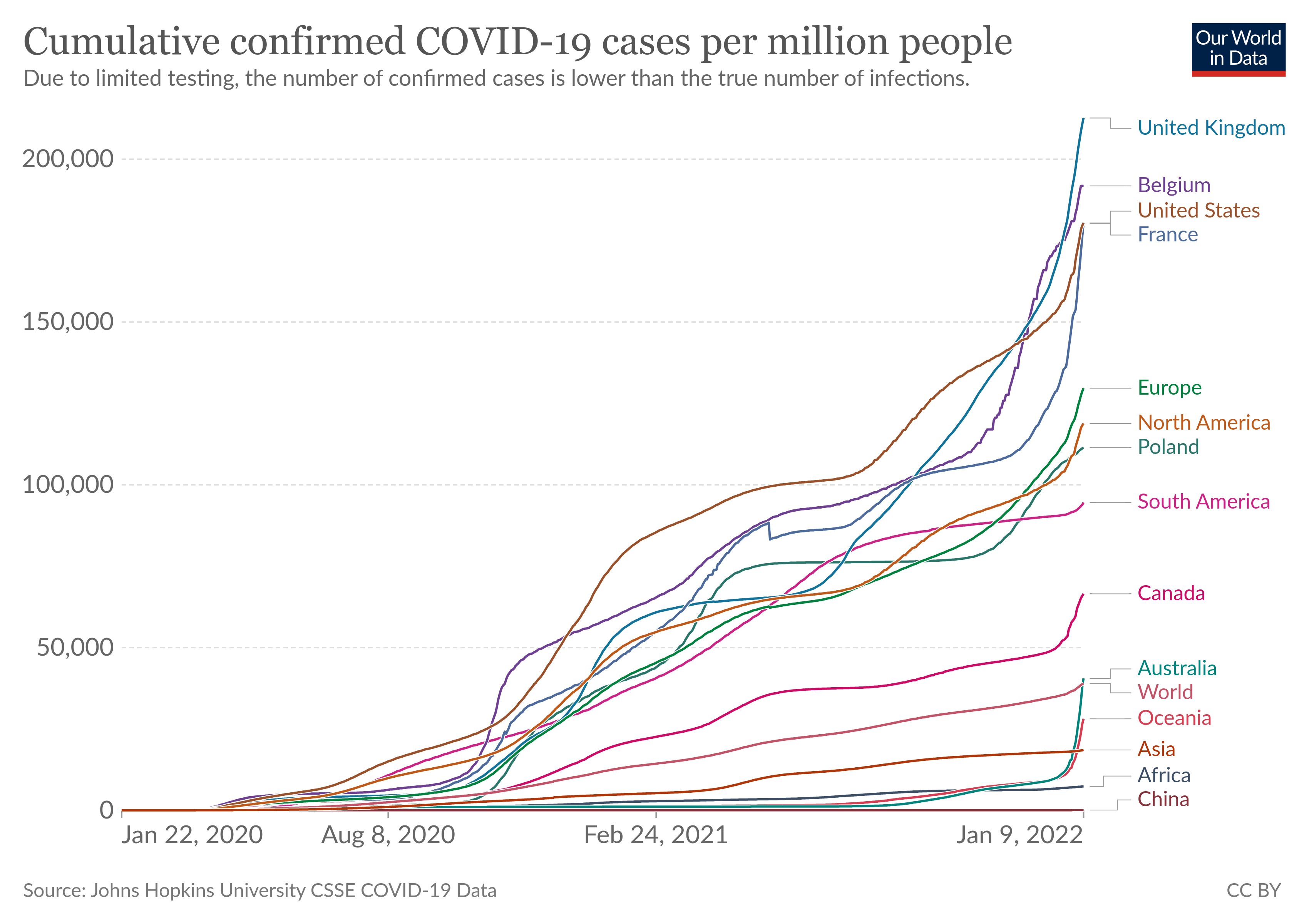 We can safely dispense with the covidiot responses denying the existence of the COVID-19 pandemic. There is no information that could be given that will persuade these people of anything. I'm not even going to take the facile route of saying they're too stupid. They're not especially stupid. They're especially uneducated. This is too big a topic for me to ever address.

I will also myself dispense with the people claiming China is just lying about their numbers and that there's millions dead. This is not something I can prove to the satisfaction of these people. They are convinced that millions are dead (some of the more ludicrous estimates put it over 20 million!) and yet somehow I know literally nobody in China who even had a case of COVID-19. Nor anybody who died. Nor anybody who knows someone who had a case. Nor anybody who knows someone who died. And somehow I appear to have not had to climb over piles of bodies either.

So this leaves one more common objection: that it is China's authoritarian government that got them their results and what happened can't happen in a country with freedom.

This is the one I will address today.

Here's a few other countries ranked against continents. 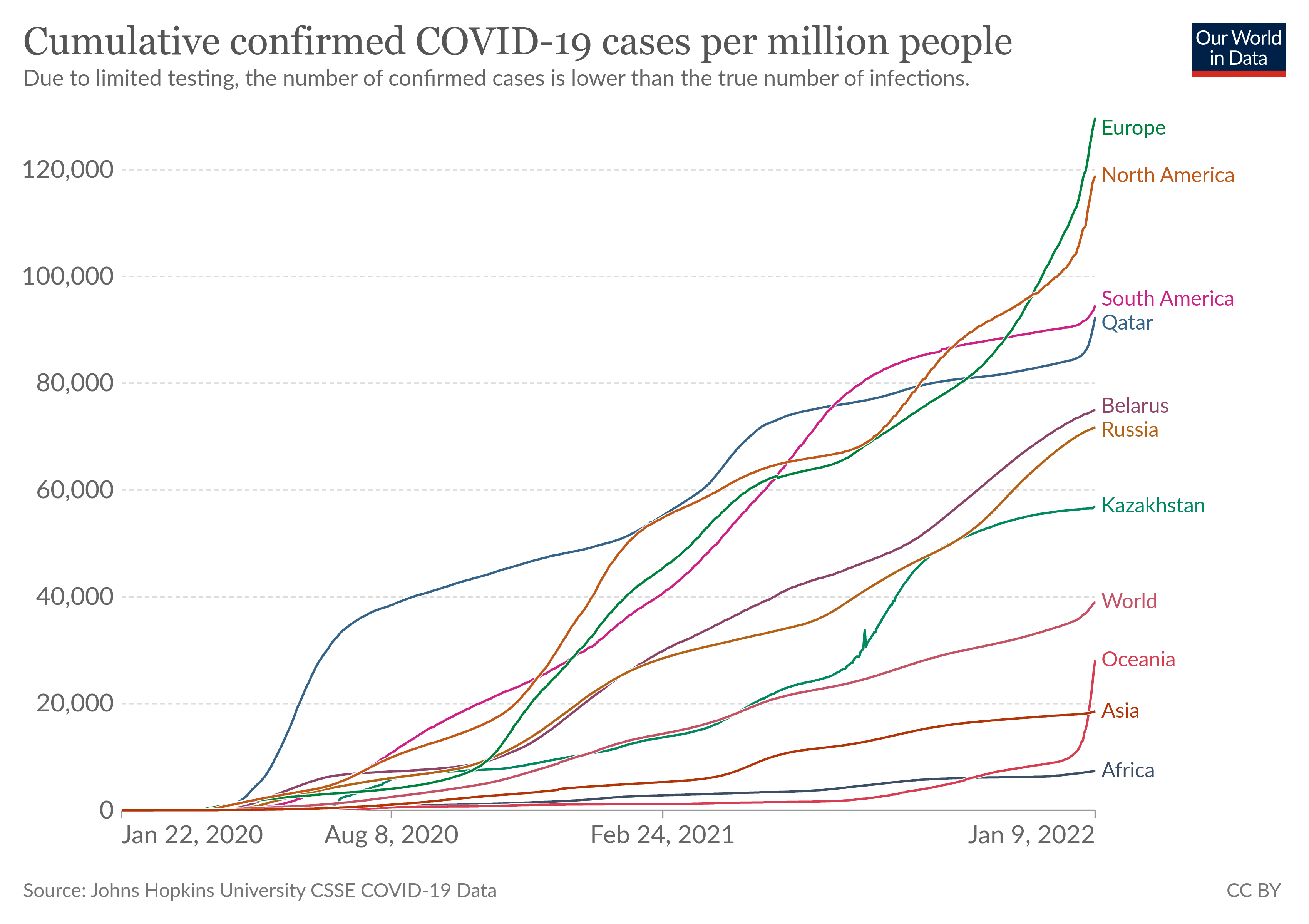 See those countries? See how lousily they're doing against world standards? Interestingly they're authoritarian countries, one and all. It turns out merely being authoritarian isn't enough. There's something different in China that made them excel against even other authoritarian states. 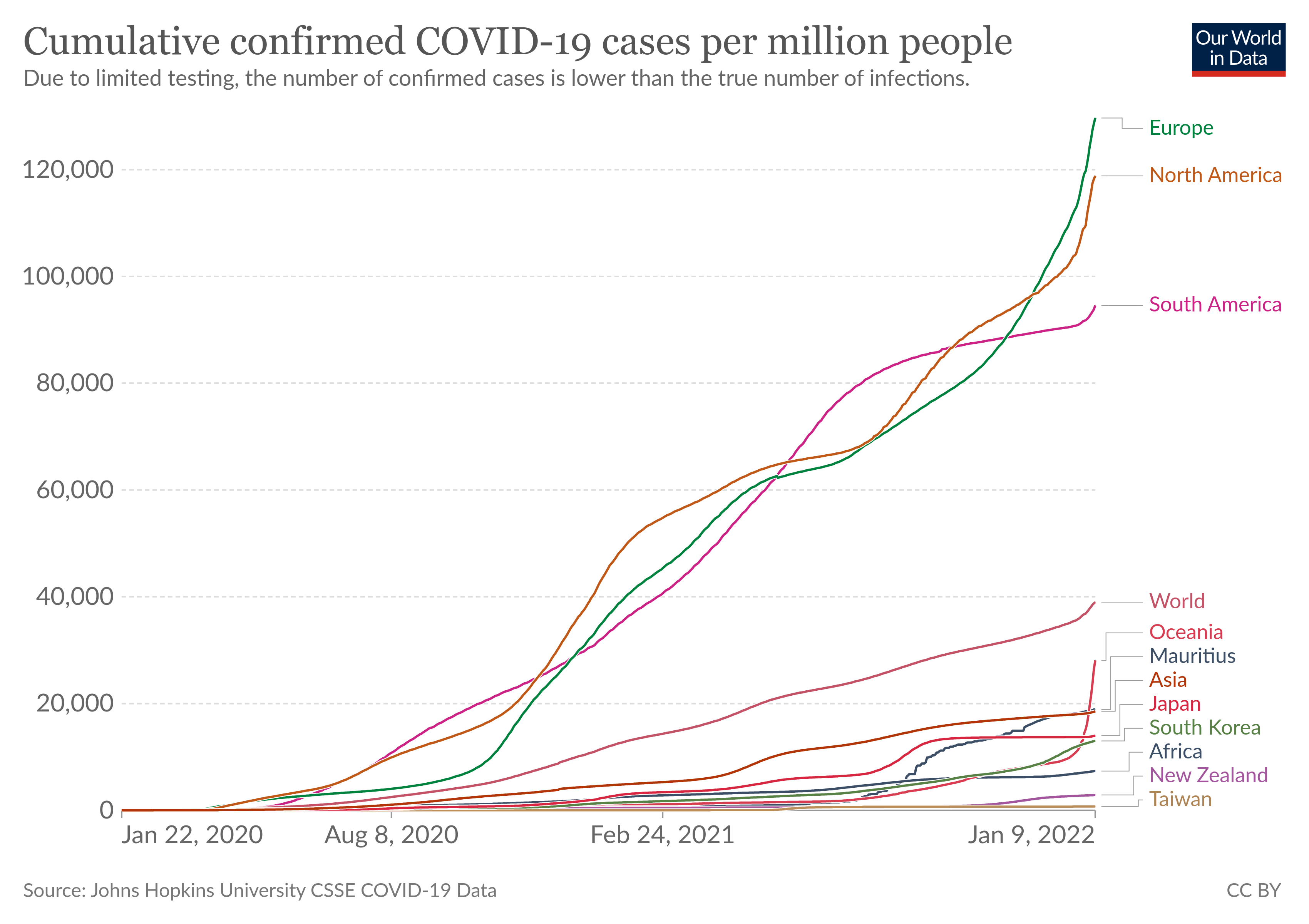 Each of these countries is doing well by world standards and each is also rated as a “Full Democracy” on the EIU Democracy Index.

Some point to “island nations”. As if the UK wasn't an island nation. And as if South Korea were. Others point to sparse populations. Which doesn't work when you look at Japan and South Korea.

No, there's something else at work, and to explain this, I have to explain Chinese governance.

Now just to be clear at the outset, this is a grossly simplified birds-eye view of how Chinese governance works. The reality is infinitely more fiddly and confusing and I don't want to get into all that nonsense because it obfuscates the main point (which, tragically, I don't get to until near the end of this wordy barrage).

There are, in effect, three layers of Chinese governance:

The government is openly and unabashedly authoritarian. What the government says goes. Actions that go against the government get brutally suppressed. There is no denying this (and, in my opinion, not a lot to excuse it either).

But here's the thing.

The government, as large as it is, cannot possibly control 1.44 billion unruly citizens. And if you don't think the Chinese are unruly, wow have I got some shocking news for you!

As my first example of the unruliness of Chinese people, I'll tell you the story of outside food and drink in restaurants. A few years back (c. 2016) the city passed an ordnance, at the behest of the restaurant industry, permitting restaurants to ban the bringing of outside food and drink onto their premises. The reaction to this was stark and shocking. There was practically a revolution in the city of Wuhan. A policy that was to be brought into force six weeks after the announcement was suddenly withdrawn after two weeks and replaced with a directly contrary policy. It is now encoded in Wuhan's laws that restaurants must permit customers to bring in outside food and drink under the constraint that the meal in the restaurant must be substantially larger than the outside elements.

I've never seen even a “free” nation that changed an unpopular decision so quickly in the face of opposition. But change it (and quickly) they did. Because the alternative was mass riots.

Because those are actually a pretty common thing here. I found this out in my first month in China when a taxi drove past a food market and I saw a bunch of people—largely middle-aged women—in a knock-down, drag-out brawl with police. And the police were losing. They were getting kerbside-stomped by middle-aged ladies using heeled shoes and umbrella tips to unleash damage. Asking students later what it might have been about it was almost unanimous: it was likely a popular unlicensed seller was getting harassed by the so-called “economic police”. (That's a western term only. The proper Chinese term is 城管 or Chengguan, and translates to “urban management” or other such terms.)

Indeed in the very same school where I asked that question, not too long after (a bit under two years later) there were eruptions of student riots (note the plural) over the ridiculous and obviously corruption-furthering rules for dealing with the then-spread of SARS.

Really, the Chinese are an unruly people and the government both knows this and fears this, reacting with delicacy and negotiation most times.

And this is where the second layer of governance shows up.

China is, for traditional reasons, in most of its territories, divided up into walled and gated communities. The most iconic form of this is the old-style hutong of Beijing, but similar kinds of community-building exist everywhere in China (among most of its minorities as well). Each such community has a leadership council of people (so-called “cadres”) who live in the community and act as the Party's agents within it.

And they get dragged for it.

The community leaders take huge heaping piles of abuse from their “wards” when they make mistakes. And if they get caught in flagrant corruption that actively reduces the quality of life of residents, their lives become almost pitiable.

I am a member of my small compound's community WeChat group and DAILY I see people discussing, sometimes quite vociferously, affairs in the community. I believe the polite wording is “frank and open discussion”. (I call it “a shouting match”.) This is not what people think of when they think of Chinese governance if their knowledge base comes only from western reportage, but this is the government as most people actually encounter it here.

And this is the key. About 90% or more of what interactions people have with government here is with their community leadership. Their neighbours. Yes, the higher levels of government (national, provincial, county, city, etc.) have authoritarian powers, but they tend to use these more in an “advisory” capacity where they set policy, provide resources if needed, and then let local communities effect those policies according to their specific local circumstances. These policy implementations are frequently (indeed usually) done with the input of the governed. Community consensus is sought for at all times and accomplished most times.

In the COVID-19 fiasco during the Great Wuhan Shutdown of 2020, two months of mind-numbing terror I do not ever wish to experience again, it was the community leadership that arranged for food: initially food-sharing while outside food sources were arranged, later delivery of staples (mostly rice and fresh vegetables, though sometimes also fish). Indeed it was the community leadership that responded to a resident suggestion (proposed by three hairdressers with cabin fever) to organize safe, COVID-19 distanced haircuts for the community.

But all of this comes to naught if you don't have the final layer working properly.

The Chinese are more than just unruly. They're downright frustrating in how confusing they become. For example, there's a bizarre way that market vendors interact I like to call “cutthroat cooperation”. If, for example, you go to the silk market in Hangzhou, the vendors will aggressively compete with each other to get your attention, to the point that they will try to pull you out of one vendor's tent to drag you over to another.

But once you've made your choice they suddenly help each other. I experienced this when buying robes for a friend to bring back to Canada in that very aforementioned market. We picked our vendor, started negotiating, and the other vendors just evaporated. Then we hit a hitch. One robe we wanted wasn't available in the size we wanted. So that vendor took a few pieces of her own stock to one of the other vendors that had only minutes before been trying to steal us as customers and did a stock swap to get the thing we wanted. From the little snippets I could understand (Hangzhou dialect is a bitch), an extra 10 RMB gratuity was the price. For enabling a sale worth about a thousand.

I can't figure them out.

And this becomes doubly frustrating when comparing reactions to different issues of public health and safety. They drive like rules of the road don't exist. (Hell, they drive like the laws of physics don't exist!) To call drivers in Wuhan (and every other city I've lived in) “irresponsible” is a gross understatement, roughly like calling Niagara Falls a bit wet. This is why the death toll to car accidents in China is so shockingly high. (104.5 per 100,000 automobiles per year, as compared to, say, Germany's at 6.4, or Canada's at 8.9, or the USA's at 14.2.)

And then we get to matters of food or disease. Currently there is a pork shortage in China because of a disease in pig herds that threatens to turn zoonotic (in a way that will make COVID-19 look like a statistical glitch). When farmers try to hide diseased pigs in their herds, their own neighbours will turn them in and get the herds destroyed. Similarly with COVID-19, despite the sensationalist reportage in western news sources, the chief enforcement arm of many of the mitigation policies, like masks, are the sharp tongues of aunties who will fucking cut you with their words until you put that mask on and slip away in shame.

Yes, maskholes exist in China. With 1.44 billion people they can't be avoided. But they get smacked down, not by the authorities, but rather by elderly ladies and sharp tongues. By bus drivers and shop keepers and restaurant owners or workers. By their fellow citizens, not from authorities.

It is this level of citizen engagement—this degree of civic-mindedness—that made COVID-19 mitigation efforts so powerful in China, in short. Because without people willing to experience a few minor discomforts for the benefit of the whole, no amount of governance is going to change the outcome. The outcome whose deadly cost you can see in the numbers everywhere.

And it is #3 in particular that people making excuses have to start thinking of. Because without a foundation of people willing to make minor sacrifices for each other to protect the whole, no amount of good governance can fight COVID-19 … and the numbers in the first graph (repeated here) show it.