Is it Important, which Instance you are in? 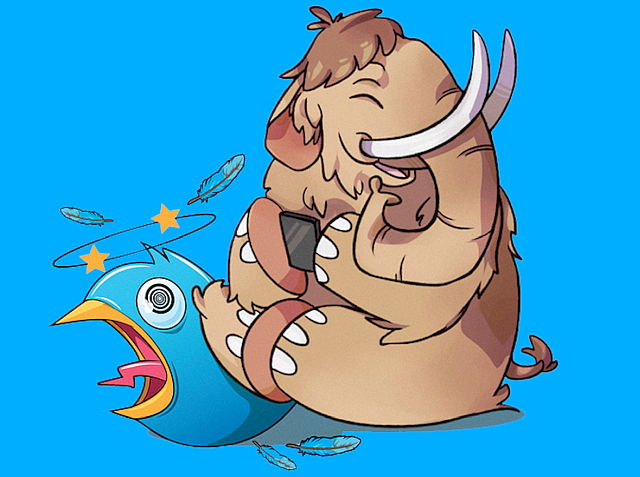 Once again I had an enjoyable conversation, earlier today. From my laptop, logged into my Qoto acount via Web client, I also browsed Mastodon.social via Pinafore, and we started a chat.

Achso was there(@achso@mastodon.social), and we kind of continued a conversation from a day or two before. I enjoyed it, said a lot, and thought it would make for a nice blog post.

We really should petition Eugen R. @gargron@mastodon.social and beg for a larger limit for the MaximumTootSize variable. Currently, it's 500 characters, larger in some instances that customized their own limits.

( Achso's Toots are shown in quoted form, mine are in plain text form. )

@achso : Otherwise this will stay a niche thing. And it deserves better than that. I think it is sad that many of my old contacts from abroad – US and other places – refuse to leave their old biotope.

Some people will come and see what is going on here if it keeps growing and getting media reports.

I only joined here in November — close to 2 months now, but in that short time I went from total newbie to having 3,400 posts or so, Staff position at my main instance, and being part of maybe 10 instances of Mastodon alone.

Insta, I stayed away, always. Dumb people, hashtag binging, bothers me, they are clueless.

Curiously — I found my curiosity and interest in this Fediverse due to a BBC News report about the Indian Diaspora, from TW to mastodon instances.

Saw it on my rarely visited TW timeline, read the article. Uhm, what is mastodon?

Having lots of fun, it's keeping me happy and busy thru Winter, depressive in general in our Northern latitudes. 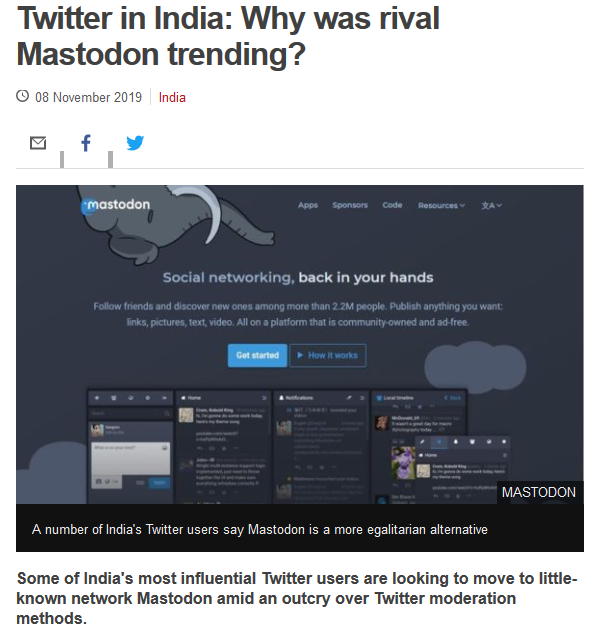 @achso : Twitter classified the famous Landmesser-photo as “hateful imagery”? Wow... I think there is no lack of antifascist people on Twitter now, but many of them act like – cough... – fascists. Intolerant, stubborn, uptight... Anyway, Mastodon is different, which is good. ;)

With politics and all, but like on Fidonet, we can make waves, run our own things, and have a voice.

On the algorithm driven major soc media sites, not a chance, they silence you simply by not showing your content.

Hey, if you even want to try a smaller instance, come and visit Qoto.org, it's a nice place, if I may say so.

But does Choosing an Instance Matter ?

@achso: Is it really important which instance some is on? Isn't it the core of the fediverse that it does not? Just asking...

I think that is an excellent question! And I am part of various ones, although lift the flag and sign my blog with my main one.

How does it differ, being in one or another?

I visit and post somethings here in ms.soc, it's the Flagship and sometimes good for exposure. But it wouldn't work for me as a home. I find the Local feed overwhelming indeed.

I love this discussion and will likely collate all of my posts above and build an article for a blog post on it. I have been enjoying doing that.

Wanted to ask you, remember our chat from yesterday, regarding Fidonet, Front Door? wanted to request if you allow me to quote you on a possible article for the blog?

If you prefer not to, I understand, but I am a learning journalist and respect my sources. Thank you for the nice conversations!

@achso: Sure, no problem.Nothing wrong with a little bit of sentimentality. :)

BTW: As a journalist (desk editor, reporter) for more than 30 years I have to help my young fellow colleagues, no? ;)

This was a fun conversation, and helped me organize thoughts on why visiting, getting to know different instances is fun and important.

I enjoy traveling and choosing small cafÃ©s or restaurants in the streets of towns and cities abroad. Our mastodon instances are very much like CafÃ©s, and the quality varies, the customer base is a big part of how nice they are, how active specially. Management can also make or break a community.

I am grateful to the administrators and staff team of the various instances which I belong to; with all of them I have learned, observed and thought about different ways things can be done. Fun. Thank you, friends. ;–)

Below I will outline a little about these instances I frequent. No specific recommendations, just notes, maybe help you know what's available and how they can vary? 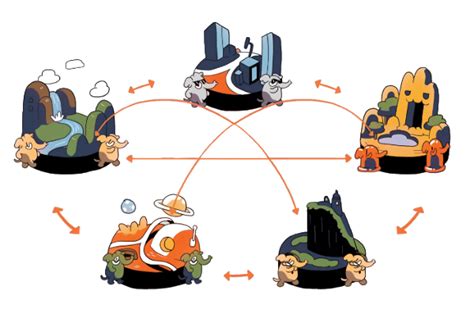 Some instances I frequent :

In no particular order, just writing from the top of my head in my text editor...

Instance Theme : STEM, Science, Technology, Engineering and Math are the theme here. Not strictly enforced in everyday posting, which can be relaxed (I do contribute a lot of Cat pictures!).

Instance Theme : there's a number of activists, and users who enjoy the place, where they won't meet any vociferous politically opposing people.

Users number : just over 5,300. Registrations : are via an application, explain how your personal views align with Todon's. [temporarily Closed atm]

Users number : about 200, although their total post count is astronomical. Registrations : are controlled, as the front door says “Speak friend and enter.”

“All friendly creatures are welcome. Be excellent to each other, live humanism, no nazis, no hate speech. Not only for nerds, but the domain is somewhat cool. ;) No bots in general! (only with prior permission)”.

E.U. based, so European Privacy and other laws apply – an advantage for me, in any network services choice if available.

Instance Theme : A General instance, based in Germany. Posts in English and German.

For many new users, it's the only instance they know of, so it has a large influx of new people and the largest number of users in Fediverse (not counting the Gab instance and peripheral systems, as they are not widely accepted by a lot of other fediverse instances).

A very, very busy local timeline, if you get bored of waiting for some new post at any smaller instances. A good place to see what a very large Mastodon instance would feel like (and to know what kids of hardware it takes for such high numbers of users). Also a good place to boost posts from, if you want some extra spreading for a new thread.

Some of the excluded instances (as listed in his git page here) are black balled simply for federating with other instances that Ash Furrow, the local admin, does not want connections with. Sadly this blocks a lot of info from other, more open minded instances (and I mean the ones that are not fascist dominated, but get tarred here in his extensive blocked list).

Mastodon Instances in the World : 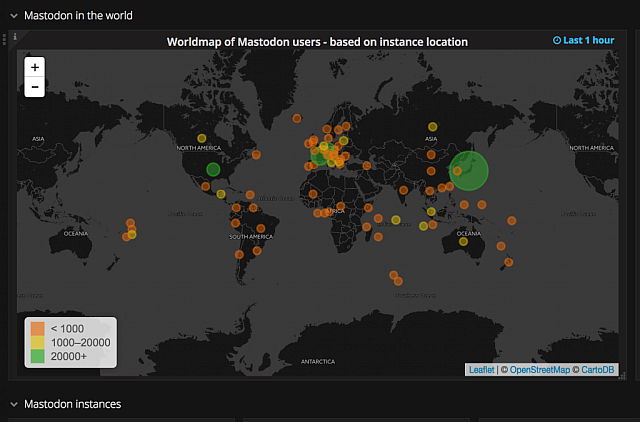 Bonus, if you read this far in the page, lol... A nice world Map showing the local concentration of Instances. Click on Image for Large Version. Map of Mastodon instances from Mastodon Network Monitoring Project, August 17, 2017.

From an interesting article At Medium.com.