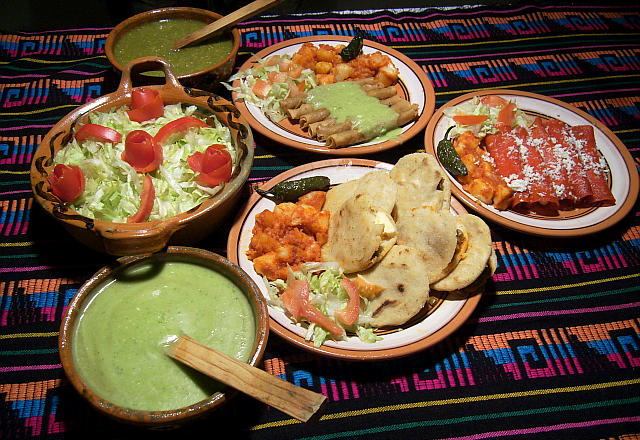 A really nice new set, first reported by lessonwang at Reddit's Slowlyapp sub on May 8, 2020.

Chasing new stamps and posting them is a popular sport for our users — since everyone gets excited to see new ones coming out.

This time, it's was a Regional and Limited Release, for sale only on the Mexico Stamp Store. Local residents who are Slowly users could have purchased the set, and might accept a request for a Trade. (See suggestions for Trading in a Section below)

“Antojito” is the set name, which Wikipedia defines as :

Mexican street food, called antojitos (literally “little cravings”), is prepared by street vendors and at small traditional markets in Mexico. Street foods include tacos, tamales, gorditas, quesadillas, empalmes, tostadas, chalupa, elote, tlayudas, cemita, pambazo, empanada, nachos, chilaquiles, fajita and tortas, as well as fresh fruit, vegetables, beverages and soups such as menudo, pozole and pancita. Most are available in the morning and the evening, as mid-afternoon is the time for the main formal meal of the day.

Mexico has one of the most extensive street food cultures in Latin America, and Forbes named Mexico City as one of the foremost cities on the world in which to eat on the street.

The Mexican Stamps at the time :

Until then, Mexico had only one Location stamp — the one showing the Chichen Itza pyramid in Yucatan, close to the Caribbean Sea. 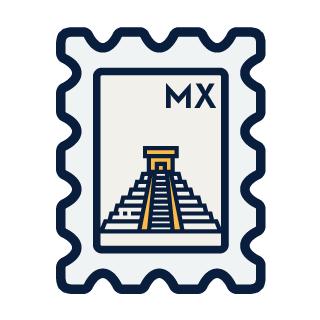 Chichen Itza was a large pre-Columbian city built by the Maya people of the Terminal Classic period. The archaeological site is located in Tinúm Municipality, Yucatán State, Mexico.

Chichen Itza was a major focal point in the Northern Maya Lowlands from the Late Classic through the Terminal Classic and into the early portion of the Postclassic period. The site exhibits a multitude of architectural styles, reminiscent of styles seen in central Mexico and of the Puuc and Chenes styles of the Northern Maya lowlands.” 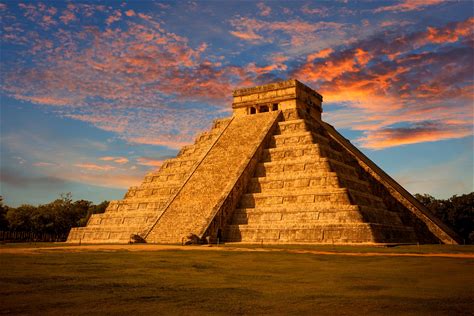 And sadly — it did not last long.

The first report of the set, LessonWang's post linked above, was posted on May 8th. Less than 3 weeks later we have a new thread, dated May 27, by a user who tried to purchase the set, and did not find it at the Mexican Stamp Store. He contacted Slowly Support via Twitter DM, and promptly received a reply :

Sorry for the inconvenience caused.

We received complaints from Mexican users who feel offended by the design of that stamp set, so we decided to remove it indefinitely.

Feel free to contact us if you have any queries.

This caused some dismay – it never happened before, and the set was instantly converted into a RARE and desirable one. The images are still online, and current owners can use it and send the stamps in their letters.

But no new sales possible.

Reasons for the Ban ?

Complaining from the Mexican users community. We had a sign of that in lessonwang's original topic — 'boredfrustratedgirl', a new Reddit user, commented:

As a Mexican I personally feel offended that they think Tex-Mex is the same as Mexican food. Those are not tacos! Those are not taquitos! Burritos are not sold anywhere in Mexico, only frozen version in the Oxxos. Seriously what the hell with their idea of Mexican food. Where are the real tacos? Where is the pozole? Where are the Chiles en Nogada? The gorditas? Tlayudas? Corn with mayonnaise, cheese and chili? Is that really difficult to search for ACTUAL Mexican food?”

Maybe you can submit your own design of Mexican food stamps. Would love to see how it turns out :)

The fact is, the set is now uber rare. And not well known — so it's a good idea to document it, tell the story and wait for new developments.

The Antojito set included six stamps, showing those food items (sorted, alphabetical order). The set images each had links to Spanish Wikipedia pages describing each plate — which are included here.

Short quotes with my English translation from the original Spanish for each follow. 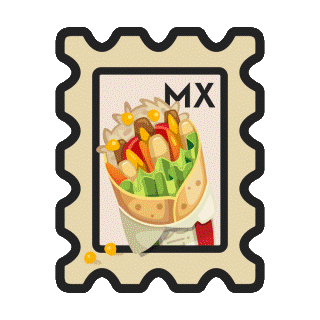 “The burrito or flour burrito is a Mexican-born dish consisting of a cylindrically rolled wheat flour tortilla which is filled with various food ingredients and can be accompanied by refried beans. In contrast, a taco is always made by folding the tortilla around the filling, which can be of virtually any food or stew. “ 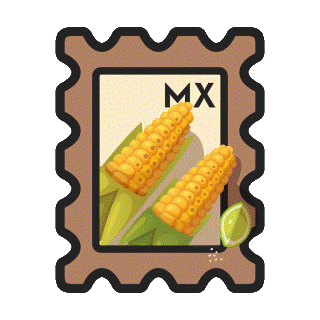 “Elote, choclo or jojoto is the fresh corn cob, whose grains reserve moisture.

It receives different names depending on the geographical areas:

In Mexico and Central America (except Panama), it is called elote, a word that comes from Nahuatl elotitutl ('sweet cob')1 with reference to the cob that is still in the plant that produced it (both ripe and immature), or to which it was recently harvested and in which the grains still store natural moisture. This term is also used in the Mexican and Central American communities of the United States. “ 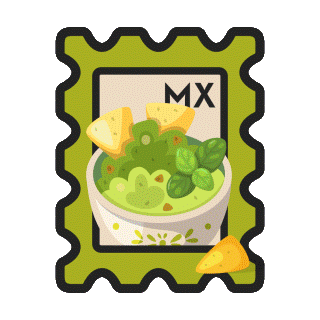 It is based on an avocado sauce (also known as avocado or avocado) and water, to which other ingredients such as onions were added.” 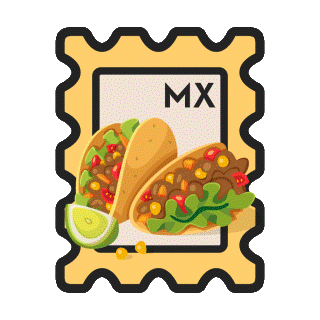 “A taco is a Mexican preparation that in its standard form consists of a rolled tortilla (usually corn, also wheat flour, nopal or some other ingredient) containing some food items inside and some kind of sauce. It is considered one of the most representative dishes of Mexican food.

Tacos can also be double-tortilla wrapped when the food it contains is too heavy to contain with a single tortilla.” 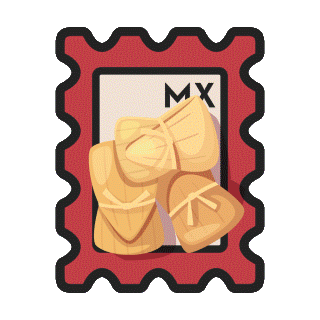 “Tamal (Nahuatl tamalli) is a food of Mesoamerican origin, usually prepared based on corn dough or rice stuffed with meats, vegetables, chillies, fruits, sauces and other ingredients. They are wrapped in vegetable leaves such as corn cob or banana, bijao, maguey, avocado, canak, among others, and even aluminum or plastic foil, and cooked in water or steam. They may have a sweet or salty taste. “ 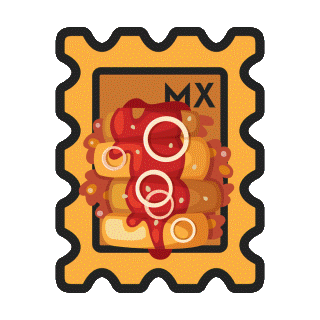 “Taquitos, or golden taco, is a dish from Mexico and Central America very popular in other countries around the world, consisting of a small tortilla, rolled with some type of filling, usually based on beef or chicken. In Mexican cuisine, there is a similar dish known as flutes, so that in many regions the designation between the two recipes is homonymous.” 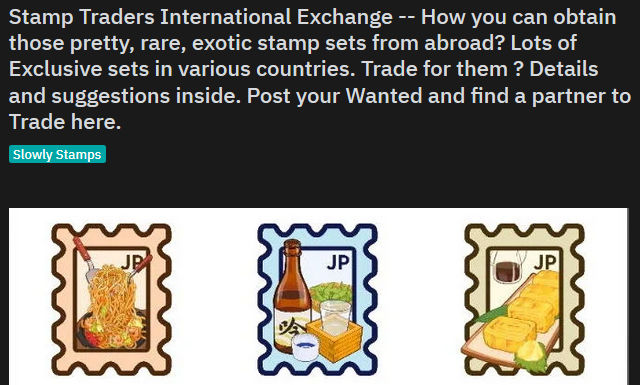 How to obtain this set if you don't have it yet ?

Trading a Set for a Set is fair to both parts — see this Reddit Topic explaining how to proceed. We request from a foreign penpal the exclusive set, offering in return something they might want. A similarly restricted local set, or one of the pretty regular releases, which they might not have yet.

I have made this trade and acquired another exotic Food stamp set, via a Gift purchase from an Indonesian penpal. Who was also happy with the set I gifted them back. So, we both win. :)

For the mysterious and vanished Antojito set, trading a set can only be done via exchanging letters containing each stamp — no one will be able to purchase and gift them. But it's still worth trying — try posting in the topic.

Banner image of the Antojitos Mexicanos by Dabalash Blog.

Food descriptions by Wikipedia.org with many thanks.

Original set discovered and first reported on May 8th, 2020 by lessonwang.