So, listing them by Category so it's easier to grasp...

These are premium and sell for 25 coins each - like we experienced with the recent Rugby, Polo, etc stamps from February 2022. 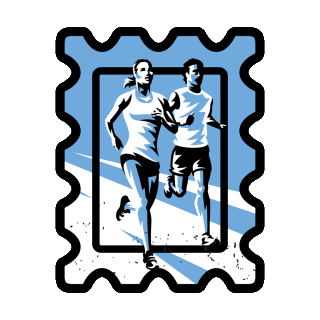 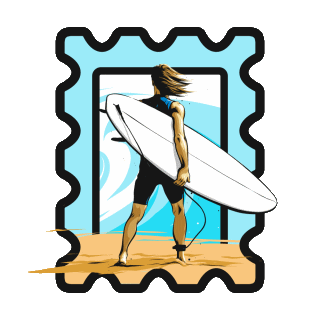 These stamps will first appear on a country that has a Tournament in the month. Later it could appear in some other country, where there's a similar event. The stamps should be added to Time Machine soon after their initial releases close, as happened with the Rugby, Polo, American Football stamps.

These should be free and available everywhere, to much joy from our Slowly users in general. 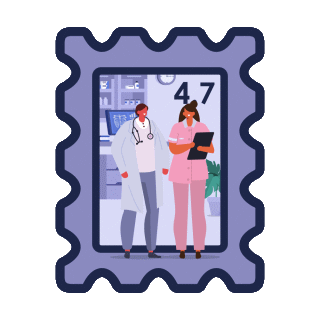 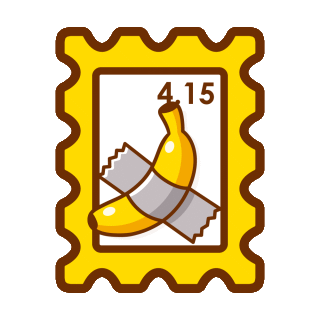 World Art Day, a celebration to promote the development, diffusion and enjoyment of art, was proclaimed at the 40th session of UNESCO’s General Conference in 2019.

Art nurtures creativity, innovation and cultural diversity for all peoples across the globe and plays an important role in sharing knowledge and encouraging curiosity and dialogue.

These are qualities that art has always had, and will always have if we continue to support environments where artists and artistic freedom are promoted and protected. In this way, furthering the development of art also furthers our means to achieve a free and peaceful world.

Some are Regional Releases

Either free or sometimes premium. In some cases, some stamps appear in multiple countries. 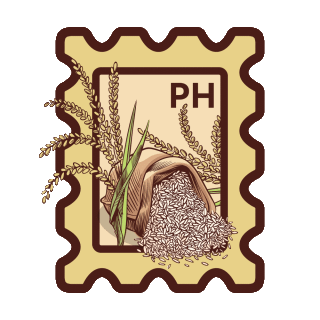 The month of April commemorates the Panagyaman Rice Festival, the national celebration of successful rice harvest. Panagyaman is an Ilocano term that means thanksgiving, commonly referring to a good harvest that deserves to be celebrated. The harvesting activity every month of April thus historically begins a slew of festivities and fiestas across the country during the months of May and June. 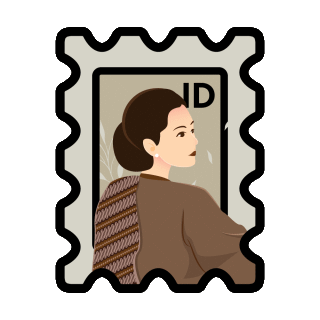 Her birthday is now celebrated in Indonesia as Kartini Day in her honor, as well as multiple schools being named after her and a fund being established in her name to finance the education of girls in Indonesia. 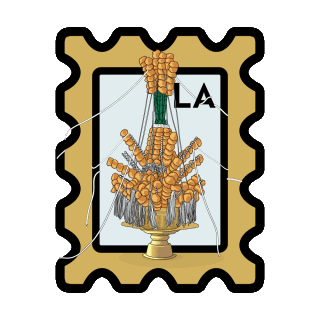 Lao New Year is a popular English name for a traditional celebration known in Laos as “Pi Mai” or “Songkran” (in Lao language). Lao New Year is widely celebrated festival in Laos. Lao New Year takes place in April, the hottest time of the year in Laos, which is also the start of the monsoon season. 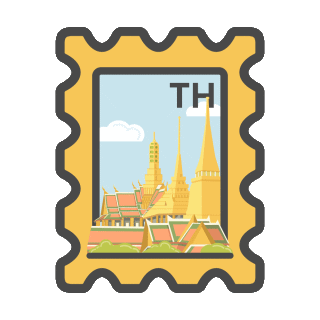 Chakri Day : The day is officially called Chakri Memorial Day or The King Yodfa Chulaloke the great day, it observes the founding and establishment of the great Chakri Dynasty in 1782 by Phra Buddha Yodfa Chulaloke. He was also known as King Rama I and has declared Bangok, then called Krung Thep, capital of Siam (now Thailand). Black Day (Korean: 블랙데이) is an unofficial holiday observed on April 14 each year. It is mostly observed in South Korea by singles.

The day is associated with Valentine's Day and White Day as a holiday on the 14th day of the month. On this day, people who did not receive gifts on the previous two days gather and eat jajangmyeon, noodles with black sauce. This day is specifically for single people. 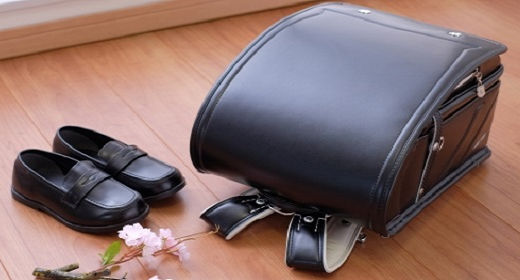 Many grandparents give a present to their grandchild when a grandchild get into an elementary school. A present is often the Japanese satchel called Randoseru. Randoseru is a backpack made of stiched firm leather. An elementary school student carries their textbooks, notebooks and other school supplies by Randoseru for six years. 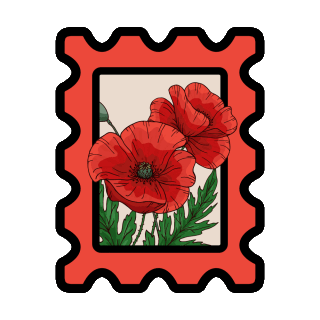 Anzac Day is a national day of remembrance in Australia and New Zealand that broadly commemorates all Australians and New Zealanders “who served and died in all wars, conflicts, and peacekeeping operations” and “the contribution and suffering of all those who have served”.

And there are some Western issues as well

Asian and Oceania countries got the bulk of this month's new commemoratives, all of the above. But there are some Western country releases as well: Semana Santa is the annual tribute of the Passion of Jesus Christ celebrated by Catholic religious brotherhoods (Spanish: cofradía) and fraternities that perform penance processions on the streets of almost every Spanish city and town during the last week of Lent, the week immediately before Easter.

The processions are set up and maintained by hermandades and cofradías, religious brotherhoods that are common to a specific area of the city, whose precede the paso dressed in Roman military costumes or penitential robes.

Those members who wish to do so wear these penitential robes with conical hats, or capirotes, used to conceal the face of the wearer. These “Nazarenos” or “Papones” (this word is typical from Leon) carry processional candles, may walk the city streets barefoot, and may carry shackles and chains in their feet as penance. Tartan Day is a North American celebration of Scottish heritage on 6 April, the date on which the Declaration of Arbroath was signed in 1320. It originated in Canada in the mid-1980s. It spread to other communities of the Scottish diaspora in the 1990s. In Australia the similar International Tartan Day is held on 1 July, the anniversary of the repeal of the 1747 Act of Proscription that banned the wearing of tartan. Indigenous Peoples new stamp. I had to edit and move this stamp here. From the looks and theme, I was sure it was one of the regional premium, 25 coins stamps – but the Slowly API shows it as a FREE issue.

This stamp is likely to debut in Brazil, which has their Dia do Indio (Indigenous People's Day) on April 19.

We should also see it later in North America, USA and Canada have Fall dates for this commemoration.

And a new National Flag ! Saint George's Day, also called the Feast of Saint George, is the feast day of Saint George as celebrated by various Christian Churches and by the several nations, old kingdoms, regions, states, countries and cities of which Saint George is the patron saint – including Bulgaria, England, Georgia”), Portugal, Romania as well as the Spanish communities of Cáceres, Alcoy, Aragon and Catalonia. The saint also has his state holiday in Rio de Janeiro, Brazil. Courtesy of a fellow stamp collector and WIKI editor. Thanks, F. 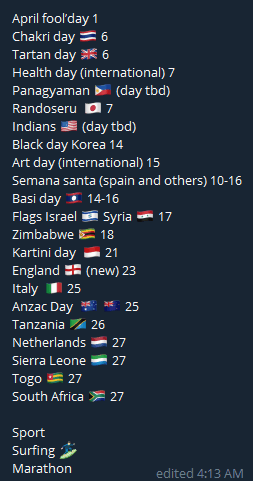 Dates are tentative in some cases, subject to review and change if new info becomes available.