Due to some locals, all Indian users suffering? 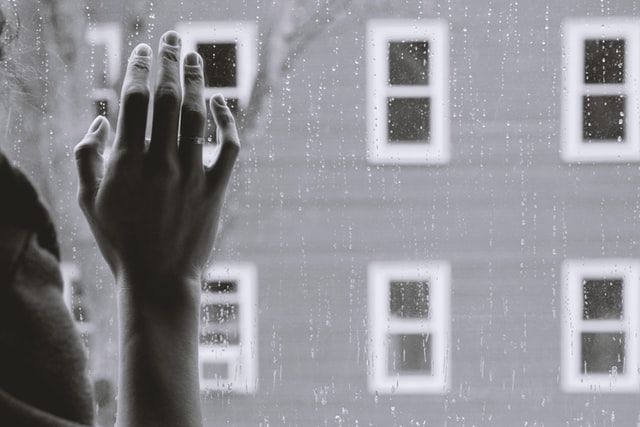 A recent topic posted on our subReddit has a screenshot of a full 'letter'. In reality, a 90 words message, the first one this user sent to the reddit poster – a young woman who lives in India.

She was dismayed by the contents of this first contact, the sender is also from India. She posted in the sub and requested comments, and various users replied. As I write this, the topic has 58 comments.

It's the first letter from me to you through this app. Well, I am living a normal regular life in Gujarat. Have many things and wish list. Also a fantasy to talk with a random female. It gives a pleasure. If we can continue to exchange the letter, it will be a great thing. Let's see what you share as a secret fantasy… Waiting with a cup of tea in hand…”

Her post has the full screenshot, and I saved a cropped version here.

My reply to OP was well received

It might have been the first – written half an hour after her topic creation.

And this is the reason have seen so many people in the Bottled app subreddit saying they block some countries outright.

This is 'Decline' material for sure, and a candidate for Reporting – as it is soliciting intimate, erotica conversations on a first contact. This is against Slowly's Terms of Service.

Better luck next time, sorry you had to deal with this. Easy for the creeps to mass-mail such a copy-pasta job.”

I declined it, should've reported it.

I'm an Indian too and most of the times when fellow Indians send a letter half the times it has to be some weird shit like this. Hopefully tomorrow will bring someone sane. Ha!

And a lot of support came 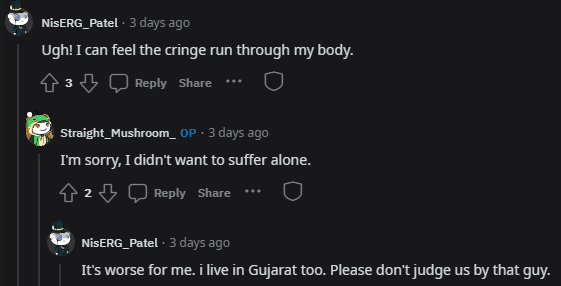 NisERG lives in Gujarat, same as the letter sender. And he feels the pain.

Many other Indian users replied as well 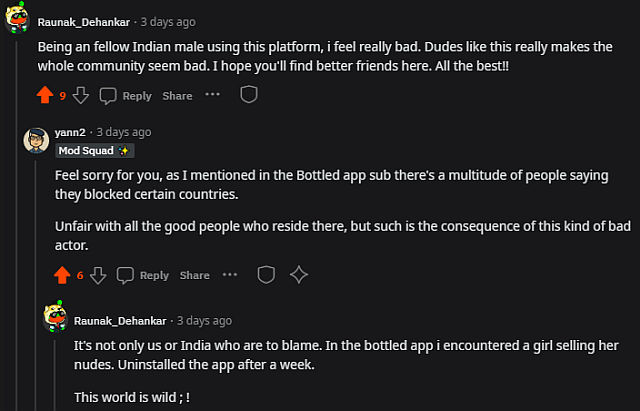 And confirmed feeling the pushback, the bad effect on all Indian users, from the actions of some locals on the Internet.

The Bottled app sub has many topics dealing with that – usually discussing if blocking a given country outright is needed or right. Most support doing it, based on personal experiences or just on reading horror stories posted in their sub.

I knew that from past reading some topics there – but they are so dismal that I did not link to the sub or the search above to avoid hurting more people's feelings.

Decent Indian users are getting a bum deal from the consequences of some bad actors misbehavior.

Hours later, a friend reached out, via Chat

Message I received, in full, on Jul 4, at 6 pm. Lightly edited for clarity.

I am literally feeling really bad, crying, and on the verge of giving up. This post has made me depressed. I don't know what to do, I am even feeling suicidal.”

“Recently, few months ago, I received a letter from a random Indian girl from the same city in the girl's topic – Gujarat.

This sender's profile (from the letter I received) clearly says she hate Muslims, and other bad things. I tried to humbly ask why would she say that, but never got an answer; so I decided to block, and move on.

I am just seeing a lot of hate for Indians on the internet recently, more than usual. I know the reason why, because of the local creeps, with free or cheap internet service here, and access to almost every platform.

Because of guys and girls like this from my country, I have to face racism myself.”

“Few days ago, I random girl just called me bad names, and threatened to report me in her first letter. I declined and reported hers. Than a day ago or two, another random girl sent me a first letter, and we shared like 3 or 4 letters. Until she asked me why I smell bad? Was I like what?

How can you respond to that? We never met, and she says all Indians smell bad, and they don't take showers. I mean, I just had no answer to this stereotype and me getting judged by someone I never met.

I asked her if she met any Indian person herself, and she replied that no, “I haven't but I heard they smell and they eat poop and smudge on their face”.

This is just insanity, and I don't have a reply to her letter since she has already made her mind.”

“Then this random dude called me Poor son of a b***h Indian for no reason. I never talked about these or shared my experience here because no one cares. The hate just grows further but seeing the post, I am shattered.

I feel sorry for the Reddit poster, for receiving such a letter. But because of guys like the one who sent her that, even guys like me are getting judged.

I don't know about other users who are male and from India who faced this but I am seeing a lot of negativity and I am just shattered.

Sorry for this, Yann, but I just want to say it to someone who might understand and listen. I want to say sorry to her, for what she and others have to go through on this or any other app nowadays.

And I want to say sorry to you for saying all this but I'm shattered and don't know who to talk. Forgive me.”

I have known the sender for a while – as a user on Reddit, as a pen pal and friend. We exchanged many long letters. And his chat message, in truth a letter sent via that channel, showed the impact of these bad actions on a whole country's reputation and their users Internet experiences.

My reply follows, also in full:

Oh, I am so sorry that this brought you so much anguish.

It really is not fair that you get judged by people who never met you, and without getting to know much either via letters – which could inform them more about who you are, how you live, the ideas you have, etc.

It's completely unfair, and really sad. Russian Cousin kept asking me to signup and join, then write up about the Bottled app. But upon looking at their subreddit here, it was not something I had interest in even trying.

There are many people there who blocked all users from India, either based on their personal experiences, or based on what others report in the sub, including sometimes graphical screen captures. Not good at all, and I would not want to get involved into that.

Don't despair, friend – I am glad you wrote to me here and I am responding as soon as I logged in and saw the message.

You are a good person, don't let this put you down, it's unfair and racist, no one deserves this treatment.

Please feel free to message me whenever you need. I haven't been on Slowly much, there are a lot of pending letters to read and reply, likely one could be yours. But I also have many things in mind, life, etc.

Hope you feel better. Thank you for confiding in me, I am honoured to receive that trust. And I hope what I wrote here can be helpful to you.

Have a good day, friend.

My friend replied the next day

“Thank You for replying back. I go to sleep crying and thinking a lot about all this.

I'm feeling better now but God, this is painful to see and go through myself. I know bad people, bad characters are everywhere nowadays. Not just from India but all over the world, but Indian users have been maligned with this image of creepiness that even guys like me have to go through all this without even doing anything wrong.

I don't know if you or anyone know this, but I came across some guys who are being nasty. They are not even from India, but act like Indians, pretending just so the impression of a bad human is given. Of course, this impacts on the country and Indian people's reputation.” 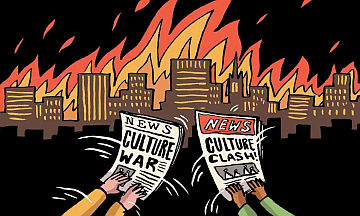 “It's like a game for some people now; they fake their device's Location to India, pretend to be locals and act creepy. Arghh.

I just don't know what to do; new random users calling me creep in their first letter, saying I smell bad, don't shower. Without knowing me at all, this feels like personal attack. It did not bother me before, but now – everything is just increasing.

It's like some dudes are using the already bad image of India to go undercover, and make it worse.

I am not denying that there are people from my country that do bad things. Every place has good and bad people, same with India.

It is very clear how affected the users are – the post hit a nerve, and even caused the spontaneous and very personal message my pen pal friend sent me. They know I inteded to write this page, and approve of it – trusting me implicitly.

I hope sharing this will highlight the fact that some countries are suffering, and it's not only India. I have seen some mentions to others nations, I won't list them to spare their nationals some grief, but they know it's happening. 🙄

Thank you for reading. 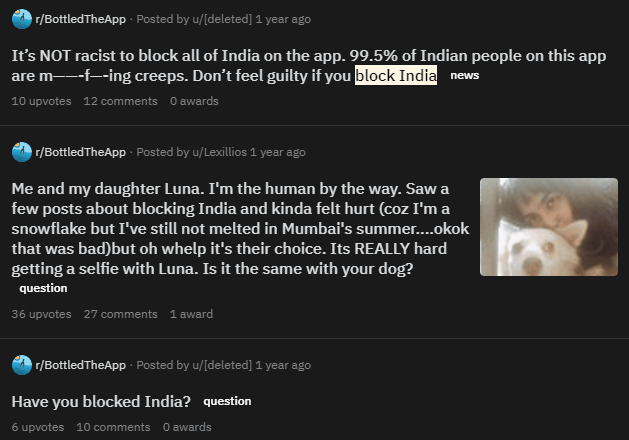 Banner image is a photo by Kristina Tripkovic on Unsplash, thank you!