How they get stamps from all over the world ? 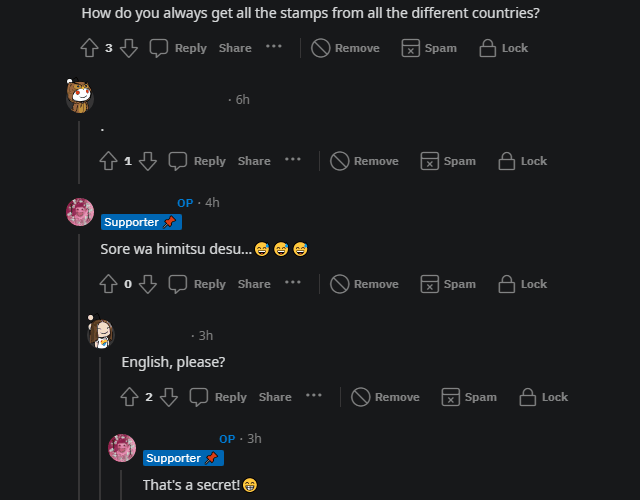 Or so they seem.

Every once in a while we have a comment or discussion pop up in one of the topics. Someone intrigued by how come a given user is capable of collecting foreign location stamps, etc.

There are Ways of 'Spoofing' one's real location, and anyone seriously interested in this could search for more info, learn and experiment, and soon enough be on their way.

But there are Caveats...

...which I have posted about in the past, on our SLOWLYapp sub-Reddit and in my Slowly themed Blog.

I have explained in those posts why this should not be out in an open Forum, like our subreddit, as I have been personally advised by a high company official (Executive suite level) that Slowly Corporation does not approve of people taking advantage of location spoofing methods.

I can understand their reasons. If an eager user started exploiting this to collect Foreign location stamps for FREE (all of which are available under Slowly's own 'World Explorer' feature, for a modest 25 coin investment, per stamp), the company looses funds. 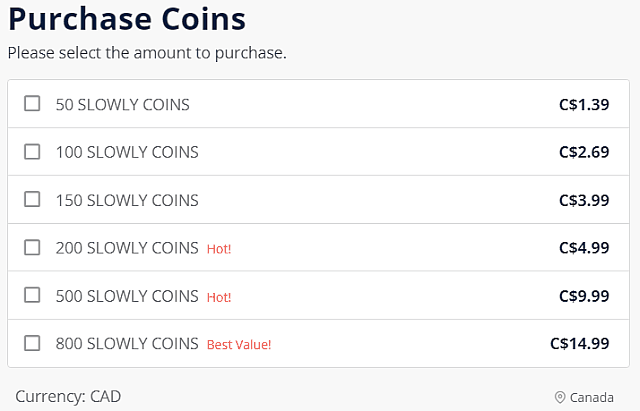 For every foreign location stamp someone obtains directly, the company loses a potential World Explorer sale – 50 cents worth, per stamp. And some countries have multiple location stamps. So the losses do ADD UP.

He told me they frowned (disliked) on people using any of the possible methods for location spoofing, and that they considered that FRAUD, a serious issue as this could mean a user is violating the app's Terms of Service.

Which could lead to various consequences – in the worst case, including Account Termination, with a loss of all of the user's data (their stamps, coin balance, all the sent and received letters, their contacts, etc.)

Best NOT to provoke them, agreed?

So, the practice in the past has always been to not discuss, explain or post about location spoofing methods in the open.

And I ask you all to read this post and get the idea – I do not post about it myself other than to warn people of the risk of possible problems if the Slowly people got annoyed enough.

Hope this clarifies and helps people.

Thank you for your understanding and cooperation. Cheers ! 😎🙂👍

Post-script — Why are we all not Banned yet ?

After posting the subreddit topic, and creating a new Blog page with it, I received some interesting comments from a good friend, a pen pal and fellow enthusiast of Slowly Stamps Collecting. The gist of it was:

I never knew that Slowly disliked the changing of locations

So why are we not yet banned?

My response, which I decided to add here as it is important for clarification :

The company official asked me not to publish a guide on how to run Slowly in an Android emulator, and the reason was they feared it was too easy to spoof locations on the emulator. He stated explicitly that they saw that as Fraud; which later I interpreted as a very veiled threat or warning.

He asked me to write instead about the damage that location spoofing was doing to other apps, like for example Pokemón Go; where many people used it to collect pokemón figures without having to go to their specific locations. And this was damaging the game quite substantially, as you can imagine.

In some ways, we hard core stamp collectors are helping the company — we travel far and wide; and purchase the local, exclusive stamps with Slowly Coins we got via regular purchases, or by watching their video ads.

Either way, Slowly is getting a sale, which would not happen otherwise.

I imagine their worry is not a small group of serious stamp chasers — but masses of regular users jumping around and collecting various countries Location stamps for free, which is a loss to the company if compared to them being sold, via World Explorer (for 50 cents each).