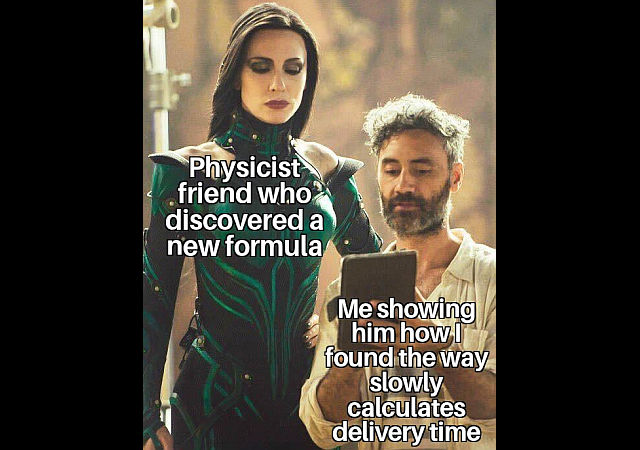 There's always been some curiosity

About this, the time it takes for a SLOWLY letter to arrive at our pen pal's destination and their inbox.

An interesting question, and thanks to what-888, a fellow user at our subreddit, we know the way it's calculated.

Before we share the simple answer they figured out, here's a backgrounder on what this delay is in fact. This post was inspired both by what-888's discovery, and a new user's question this morning.

Hi! I downloaded the app yesterday. I sent letters to some people around the world and some people who live in my same country. My letters were delivered to them yesterday and the app keeps saying that their letter will arrive in one hour, but that timer is like that since yesterday. What's the problem?

Hello Luke, and welcome to Slowly and our subreddit here.

I don't think there is a problem with the letter delivery, it just appears to but it will be done in the right time.

The whole 'delivery delay' is a construct, something that from the very beginning of SLOWLY's development the original designer included in the app features.

Kevin Wong, the creator of SLOWLY, had pen pals in his earlier years, and enjoyed that. He had the idea of creating an electronic version of the letter exchanges he experienced, which were sent by postal delivery. Taking not hours but days to arrive, maybe a couple of weeks for a far overseas destination.

The way Slowly operates is, when you send a letter, it's instantly in the company's data center. A server receives the letter and stores it in the recipient's own account immediately.

It also looks at the sent time stamp, and calculates the proper 'delivery delay', which is dependant on the distance between the two people.

The delay is one hour for every 350 kilometers of linear distance between them, as first reported by a user here. And that checks out, if we look at the actual distances and times Slowly assigns for delivery.

The letter you sent was received, got an incoming Sent Time stamp, and a second Delivery Time stamp – which is the earliest that a user can actually read it. 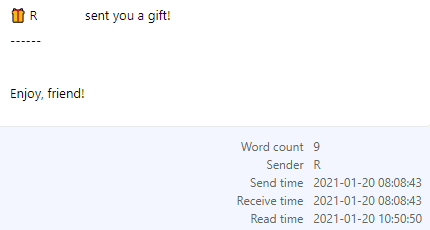 Time Stamps on a SLOWLY letter, as shown in the Paradox2 client

The system works well, and it will appear at the proper time. You might have noticed a small bug, which could be solved soon with a newer version fixing it; but I imagine there is no problem, as no one has reported anything similar yet.

One hour delay for every 350 kilometres

The distance and delivery time delay factor for Slowly was first reported here, by what-888.

So now you got a ratio for every 350 km it's 1 hour. To check this, I tried it against another delivery time.

You can check by dividing the distance on your penpal's profile by 350 and you will get the delivery time.

And the replies followed :

“Well done and thank you for posting your findings and conclusion. It's neat to have a rule to estimate the delays.

The 350 km == 1 hour delay seems to match my experience with sending letters to a friend in the US – 1000 km distance, and we had a 3 hour delay on deliveries.

I know that you know it, but the straight line distance on Earth is calculated by using latitude and longitude (and probably a formula for the potato shape, like WGS 84)

“They must have a library function they call for doing these, as it is pretty complicated stuff if you start with the pure numerical latitude, longitude pair.

It's quite neat how that works, and allows for the proper, correct arc distance between the two points.”

Distance Calculator Does it Well !

Days later, I came across a site which offers a distance calculator, easy to use.

The page has various tools – 'Distance Based on Latitude and Longitude' allows you to input the coordinates for the two points, if you know them.

(A good tool if you need them : Find GPS coordinates for any address or location) 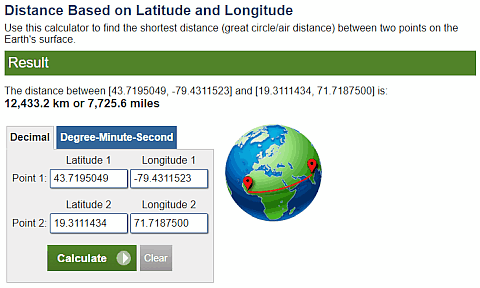 Distance on a Map is easier still

Scroll down a bit and you will find their 'Distance on a Map' feature – easier if you know the locations on a map, coordinates are not needed here.

You can zoom in and out, scroll to find the desired places in the world map. Here's the same calculation, the great arc distance between Toronto, Canada and Mumbai, in India. 12433 km, which divided by 350 yields 40.95142 – rounded to 41 hours for a SLOWLY letter to 'arrive'. 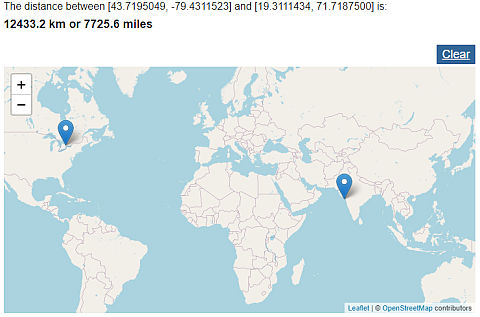 The page also discloses the complex formula it uses for anyone curious.

Lambert's formula (the formula used by the calculators above) is the method used to calculate the shortest distance along the surface of an ellipsoid. When used to approximate the Earth and calculate the distance on the Earth surface, it has an accuracy on the order of 10 meters over thousands of kilometers, which is more precise than the haversine formula.

What's the maximum possible delay for a SLOWLY letter?

The time calculations are so interesting. I really want to find out where in the world would take the longest! So far I’ve only found Australia and Indonesia which are around 42-49 hours. I thought the max was 60 so I’m curious as to where that would be from me.

The farthest location from any given point will be the antipode – and likely to be in the Oceania region for those of us in the North American continent.

I found a good list of Capitals that are near Antipodes of each other. Including for example, Sevilla, Spain, and Auckland, New Zealand.

Using the Distance on a Map calculator, I got this for the distance between Auckland, NZ and Sevilla, Spain :

Banner image is a Meme originally posted by what-888 on Reddit – thank you!