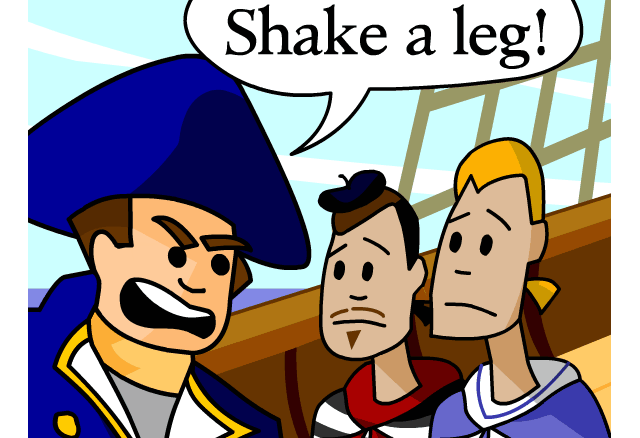 We have seen them come, arrive, puzzle many of us (mostly everyone who doesn't live in their home countries). Sometimes even some locals are surprised, by bizarre words, idioms.

We are referring to the Expressions or Local Idioms stamps – the ones with some local colourful language that is mysterious to most other Slowly users.

There are now a number of these

Another one was suggested as well

In the Feedback site, it was an early entry, and nicely done – the proposal's author really presented it well.

At the time, April 30, the site was new and not many suggestions had been offered. His was one of the best, in terms of presentation.

I recognize that, and the content of this page is not intended as criticism of their idea. While individual users opinions may vary, we saw a good public exchange of comments and opinions.

Which I think is important, and therefore recording here; so more people might read it. 🙂

A comment from Nonethewiser on June 13 started the conversation:

Not a local resident and not even a speaker, but I am stamp collector, so here are my two cents:

Sets with local expressions are difficult for people from other regions/countries to understand or relate to, while very few Slowly users actually take the time to explain the meaning of such stamps.

At the same time, the current sets with expressions like Brazilian and Russian ended up looking very cartoonish and, if I am being honest, silly. If this set gets approved, perhaps it would be possible to avoid such designs? Thank you

And I joined in, a couple of days later :

Sets with local expressions are difficult for people from other regions/countries to understand or relate to, while very few Slowly users actually take the time to explain the meaning of such stamps.”

This is very true. I have made a Blog post about the Brazilian Expressions set, which were surprising to me even as a fluent speaker of Portuguese. I think having a reference page clearly visible can be helpful for these kind of stamps.

We also made special pages for the Region Exclusive stamp sets for the Slowly Stamps Wiki, and there's one for the Chinese Idioms which took a lot of research, not the easiest to create.

Regarding design and style, we have different designers and studios working on the Slowly stamps, and some images are outstanding and others not our personal favourites.

I agree some designs are a bit cartoonish and not on my own faves list. Hopefully this set, if approved, might be a nice one. Thank you for listening to the community and your understanding, Slowly team.

thank you! That's exactly it.

I can only add this about the Russian set, since you mentioned the rest. As someone who speaks Russian there's one more reason why I don't like that set. It's a strange mix of some old and some modern expressions, which are rather vulgar. I do not use them myself and can't imagine sending someone stamps with them. I guess that this can happen to other languages as well.

That being said, I really hope that Russian and Brazilian users will get better premium sets one day. 🙃

...with thoughts on stamp marketing :

Since Slowly's main objective with the premium stamp sets is to generate sales, to support the company and pay the bills, I think they will carefully analyze things. I have some favourite stamp sets which I know are popular, worldwide. The Flower Whispers vol 1, or the 'Take a Break' set. Or the Space one.

All of those are visually interesting, have a clear theme, and are well received by the letter recipients.

They also make great Gift ideas – I sent the Flower Whispers vol 1 to various pen pals over my 3 years using the app, and it was always super well received.

The regional sets are more restricted, by nature; normally only the local users would have access to them. We have made Trades, a gifted stamp set for a gifted stamp set works well for both parties, and also for Slowly (generating TWO full set sales).

But would this work if the sets are not so desirable? 🤨

We have chatted about another idea posted here, and agreed we did not like it very much; so I will just wait for one of my good penpal and collector friends to snap a copy and send me some bulk mail. 😜

This comment from June 15 was the last one on this exchange. No newer comments at all have been posted in the topic since.

Well presented ideas can do well

The local expressions proposal was well prepared, and earned recognition, with a promotion to 'Under Review' by Kevin Wong himself. In the early days of the Feedback site, Kevin in fact was active in it daily.

As the site grew, they brought in new staff, and Shiro is now the official team's presence and site 'moderator'. We are grateful to her, who has been professional and corteous in any interactions with site users.

Noticeable time has passed since – the Under Review upgrade on May 1 was just 2 days after the post was entered. As I write this, July 8, a bit over 2 months have passed. And no change in this topic, no new comments added since May 17.

A new site feature gets added

A surprise came on June 27 – unexpectedly, Shiro from Slowly created a whole new section in the site. Called 'Stamp Categories', it contained a listing of various classes of stamps, which Slowly request people to vote for.

There was a hard limit of 10 votes per user in the Categories area, and after that, any clicks did not register, no explanation was given or the limit explained.

Users could even add new Categories, and a couple of them are popular (Science, Technology, Sci-Fi for example).

...the Categories can give a good indication of what the users actually want and prefer. Currently, these are the top 10 listings : (see a snapshot here, including voting scores.)

Regional expressions are on 15th place (titled Slangs and Idioms, a bit unclear). And surprisingly, Sports, which have been the theme of many recent premium stamp issues, are even lower, at 17th place out of 18 current Categories.

Observing these signs, the lack of progress of an earlier expressions suggestion, and the rankings on the categories survey seem to be correlated.

And it could be a good result, as it's important for Slowly to know what their users really want, and will put their coins on. So, this is progress in my view.

Privately discussing our observations, these were noticed,and considered positive. Thank you Slowly team for allowing and incentivating user's voices and requests!