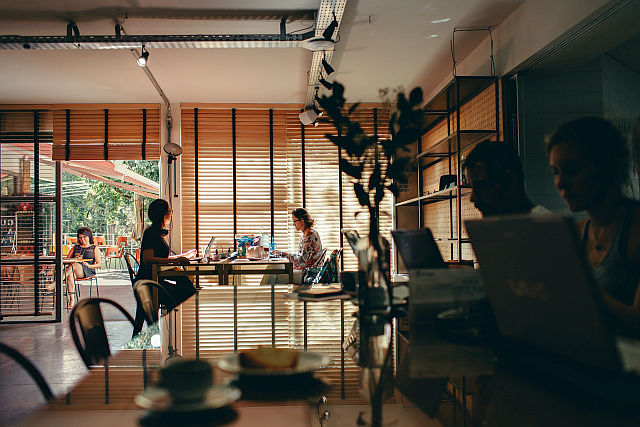 Write a personal introduction letter to the start-up

Before starting Slowly, it was naïve to think that there were only two types of startups – one was unicorns like Google, Facebook, Twitter. Who had unlimited resources and always appeared out of reach (for example, they often couldn't even find customer service emails).

The other is those who have found or are looking for investors, and then have some resources that can expand rapidly in the short term, and then try to squeeze into the first category of companies or be acquired by them.

By now, of course, I know that there are also third, four, five, six, and seven categories, which may not be as conspicuous as unicorns among the general public. But there are still many that have become unique in the global market, and the size of the company is hundreds or even thousands of people.

There are also many who are still struggling, especially self-financing, and their profits may only be enough to support the developers themselves or a small team to operate. I call these “start-up shops” for the time being, because “small shops” give me the impression that their ability to absorb money is not very high, but they are often full of human touch and full of personality.

We are also one of the start-up shops

A small shop can be just a process, not necessarily an end. And this process usually means that the founding team has to play multiple roles alone, and it is not difficult to guess that to some extent, they are eager for various opportunities and assistance offers.

Take Slowly as an example. It now supports 25 different interface languages, and this translation project was actually built by more than 100 volunteers behind it.

This is just one example, and in recent years, various introduction letters have been received, and many of the suggestions on them have been implemented. Of course some of them have not been adopted for various reasons.

In addition to making me excited, these unexpected letters sometimes also lead me to prioritize some work that I had not planned to do, or even think about.

To be honest, given our reality of limited resources, if it were not for these letter's appearance, I believe that no more than 5 languages would be supported in SLOWLY by now.

It's a win-win situation

People writing introductory letters may simply like the company or their product. They also maybe be professionals, or still studying; and this can also be a good opportunity to file in their resumés? Or to prepare themselves to find a better job?

It is also possible to meet talents in the industry through such offers of assistance. Small shops may not be able to recruit people for everything, so they need their leaders to do most of the work themselves.

And it is really a warm feeling to have you appear with a volunteering offer. The result is naturally what you need, and both sides can benefit.

I remember when I was in the design studio, I would receive several emails from all over the world every summer, people asking to become a summer intern.

It might be due to cultural differences, or it may be that there is a lack of some element in our Eastern education; But so far we have only received volunteering letters from foreign countries. Ooccasionally there will be some Chinese writers, but it appears they are all receiving education in foreign, Western countries.

As for that introductory letter

Although it is not from a lot of experience, here are a few points to share with you, from the recipient's point of view:

This works well: part of the reasoning is completed before the other party agrees. Of course, be prepared and don't mind if it doesn't work out.

From a user's perspective, it can sometimes be difficult to tell the scale behind an app; but I believe it can always be discerned by some details.

For example, you probably don't spend a lot of money on advertising? Or don't have the resources to deal with things outside of the app (such as social media ??). It's often easier than you think to reach the founders or decision makers of these small shops.

Now we are indeed in the era of opportunities, if there is a hidden master around you who only owes one opportunity, quickly forward this article to him!

I also hope that the next time you have spare time or want to find a 'Side Hustle', consider choosing a small start-up shop you like to write an introductory letter to; which may have unexpected results.

P.S.: Although I like Medium, it has always been an English-focused venue. And Chinese content, especially word processing on mobile phones, such as line spacing, has reached the point of difficulty reading.

In addition Chinese content does not seem to be distributed using the referral system. So this will be my last Chinese language blog post on Medium. Please follow me on startupslowly.com to continue, thank you. 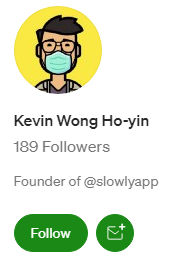 🔔 The original text was published in startupslowly.com, on May 4, 2021. Sadly, this URL is now gone, redirecting to the slowly.app generic site. A backup of this site is on Archive.org here.