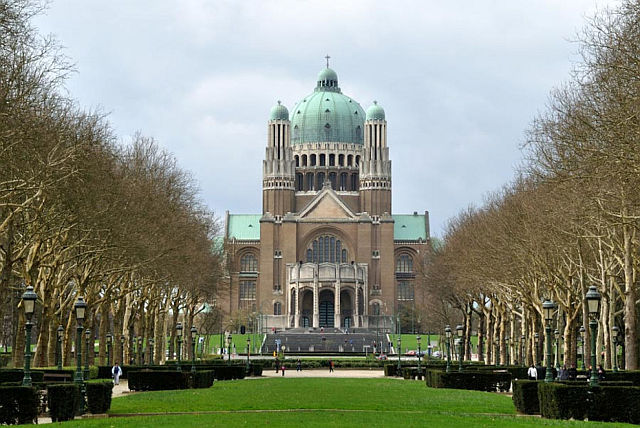 As in, there wasn't a matching real church building anywhere in the USA matching the stamp's design. For each location stamp's page, I included the original stamp's image, and a photo of the landmark, building or other item that closely matched it.

Was the wrong image used?

The Basilica of the Sacred Heart, in Notre Dame, Indiana, which was the original, intended one to appear in the stamp does not look like the stamp's image – which with some sleuthing and help from the Wikipedia Disambiguation page, I determined was a real church building, but located in Brussels, Belgium.

I did not mention this to the Slowly Team, although I did add a 'Special Notes' section to the WIKI page describing this.

Someone must have sent them notice, and they quietly marked the stamp 'Discontinued' without notifying anyone.

Maybe we could bring this nice design back?

I have thought of sending an email and suggesting they could re-establish the stamp – asking their designer to simply changing the country code to BE, and adding it to the Belgian Location stamps. 🙂

Alas — I decided to do a mock-up of the re-coded stamp myself. Here's the current, now Discontinued design, for the Basilica of the Sacred Heart, in Notre Dame, Indiana. 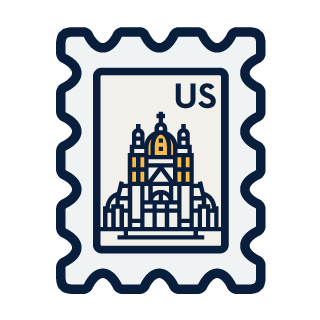 A significant church and landmark, as it is the mother church of the Congregation of Holy Cross (C.S.C.) in the United States.

A photo of the church : 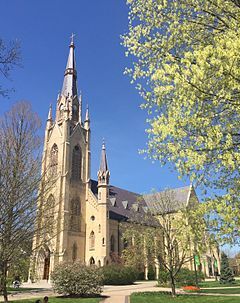 Shows it is pretty nice, elegant, but does not match the stamp's Design.

...depicted in the stamp is this one : 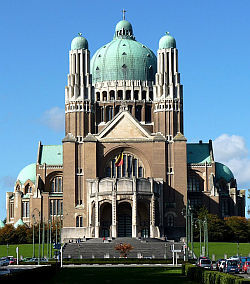 The Basilica of the Sacred Heart, in Brussels, Belgium.. Which directly resembles the stamp's design. Here is my own mockup, with the Belgium country code on it : 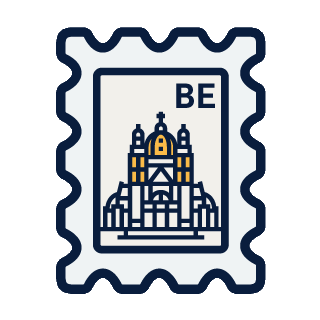 A Belgian Tourism website has some great photos and information.

The Basilica of the Sacred Heart, constructed in the Art Deco style, is 89 metres tall and 167 long: measurements which make it the fifth largest church in the world.

Located in the outskirts of Brussels, in the neighbourhood of Koekelberg, the Basilica of the Sacred Heart (Sacré-Coeur Basilica) is an architectural masterpiece from the twentieth century.

The church was established to commemorate the 75th anniversary of Belgian independence. King Leopold II lay down the first stone in 1905, but the temple was completed many years later in 1971 due to construction being stopped during World War I and World War II.

The Basilica's own website has some excellent photos and historical info as well. 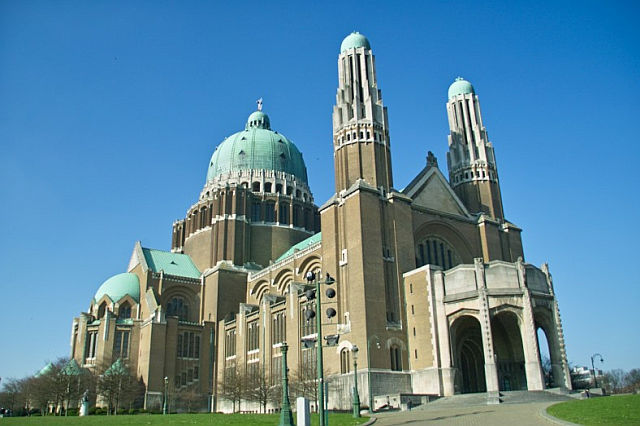 I hope the SLOWLY Team could consider this suggestion – adding one new stamp to the Belgian set, without much trouble. 🙂

Sure, the stamps we see and use are all identified via a pointer to an image file stored on SLOWLY's own servers.

Any of them could be revised, replaced with a newer version for any particular reason, and it has happened in the past. (usually a quick fix for some error in a recently released stamp, like the typo in one of the Tarot set ones). 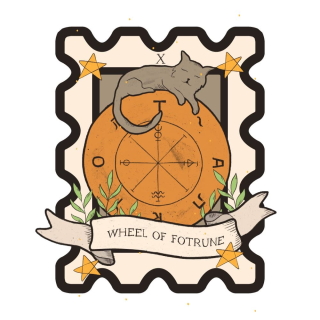 I always though this was the case.

Given that all we have for all those stamps in the Slowly collection is an URL to an image file, stored on their servers, theoretically ANY of them could be pulled, revised, improved or whatever they desired, quite simply by making a new image version, having it in 320 pixels, and 160 pixels, the two sizes stored in their servers. And uploading them in.

...is one well documented case. We had saved the earliest image as soon as it came online, detected via the stamp's addition to the SLOWLY API. And this is what it showed :

A couple of days later a friend wrote to me and pointed the stamp looked different :

And he was right – Slowly team had replaced it on the sly. Well done, as it better matches a sample photo of the Red Heliconia, which is the National Flower for the island of Montserrat, a British possession in the Caribbean.

...which the revised stamp better resembles – having more Red colour than the original stamp did.