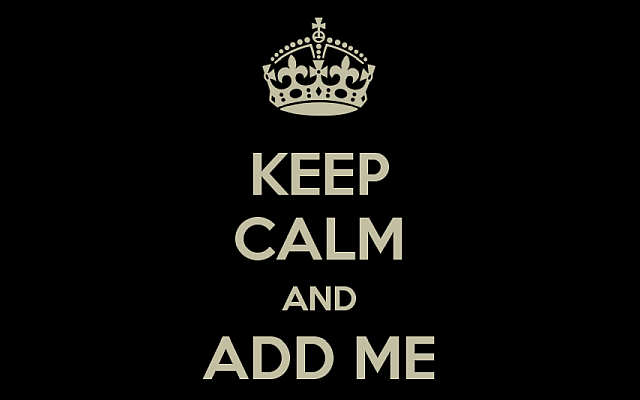 Selecting the people we will correspond with is one of the best ways to start on the path of exploring the world of Pen pals correspondence.

This is the THIRD part of my Slowly User's Manual for finding good pen pals. See the Part 1 Page here, and Part 2 Page here as they both contains relevant information, before you start on this page. Thank you!

There are Three Ways to Find a Partner

And they all have Advantages and Disadvantages. I believe you should know a bit about them before deciding which method to use, or even to try one of those :

And on this final part we will concentrate in the Slowly ID method.

What is a Slowly ID ?

This Slowly ID section is based on a Slowly Help page. Edited and expanded here. The linked page is short, and only contains this :

Slowly ID is a feature for you to find and connect with your real life friends in Slowly.

To add friends by Slowly ID, you need to know your friend's Slowly ID first, probably getting it outside Slowly and upon their approval.

And now my own version :

As part of creating an account, when you first sign up, the Slowly servers will create a brand new and unique ID for you. It's like a car license plates, nobody but you has that unique ID code.

Nobody knows it, and you should consider keeping it private — I will elaborate more about that in a minute.

This can only be done using one of the Mobile versions of Slowly (either the iOS or Android versions), at this time (July 1, 2020).

The Explorer and Slowly ID functions are not yet included in the much more comfortable Slowly Web mode, which I highly recommend for general letter reading and writing. See my detailed Slowly Web Users Guide here for details)

So, with you mobile device in hand, you need to know someone's Slowly ID code. It looks something like “1BR823” – a 6 characters string, a random example here.

You go to the bottom of the screen, pick the human icon (User Explorer), and there's 3 choices shown — Slowly ID is the 3rd one. Click that, and a new window shows :

Here you carefully type the ID, you can use lowercase or uppercase letters, both work. And when completed typing the 6 characters, click on the Search, magnifyng glass icon.

If you entered a valid ID, the system will find the user, and offer to send a Connection Request to that user. This will be sent and will have to be accepted by them before you can send any letters.

I chose to make this a whole separate page, as it is a thorny issue — and it needs to be explained, so people can see the possible problems and consider if they should be doing that or not.

Earlier today I tried doing a search on Reddit for my past comments on this but it's difficult — “Slowly ID” is such a common term that I would end up having to wade thru many, many topics to look for my own comments.

Basically, I am against posting the IDs in public, due to the exposure to unwanted attention it brings. This is what I have written both on Reddit and on Twitter in the past.

I have contacted Slowly Team on Twitter in the past specifically about this issue — and the fact that currently, if you receive a Slowly ID connection request, you cannot see the person's profile at all BEFORE accepting it, which I think would be a better idea, as I suggested to them.

Their response was that they recognize the problems, unexpected to them, as the ID feature was NEVER intended to be used in this way. The team's idea was that an ID was simply a quick form of allowing connecting in Slowly to someone you already knew in real life. NOT for it to be posted for anyone to see and decide to write.

Using the Slowly ID and publicizing it so defeats all the careful matching built into the app — that people have a common language, some common interest topics at least.

Even the least selective method of finding new penpals, the Auto-Match feature (which I, like most other longer term Slowly users do not use, having disabled accepting pen pals that way), even that HAS some filtering — language will be considered. Some basic interests at least.

Popping an ID in the open, on Reddit, Twitter or any other publicly viewable place — you give up on ANY semblance of matched characteristics or interests.

Slowly offers much, much better ways — the Explorer feature, aka the Users List, has wonderful and efficient Filtering built right into it. Sure, you need to look at it, maybe read a good tutorial and then try it again. Using Filters, you can zero in and find people you might be enjoying communicating with for months, not a random response from an unknown internet person.

We had a couple of cases of creepy posts showing up on Reddit in the past. I reported them both and they were promptly removed. But how many more odd, strange people are lurking and seeing those topics?

We have young teenagers active in the Reddit sub, and as a parent myself I have been concerned more than once. Was glad when a suggestion in their topic was understood, accepted, and their post edited — simply saying that an ID will be exchanged via Direct Message with anyone interested.

Not a high barrier to connecting with someone, if you have an account in the system it just takes a minute. Simple and avoids the ID out in the open for all to see. This young lady accepted my advice and changed her post that way, and I felt much relieved.

One of the reported posts I mentioned was made here by someone who is currently in a federal prison in the US, and he was honest in mentioning that. He seemed a decent person but could only receive posted letters (and yet somehow was on Reddit, posting via a proxy).

But – what else could be out there looking in?